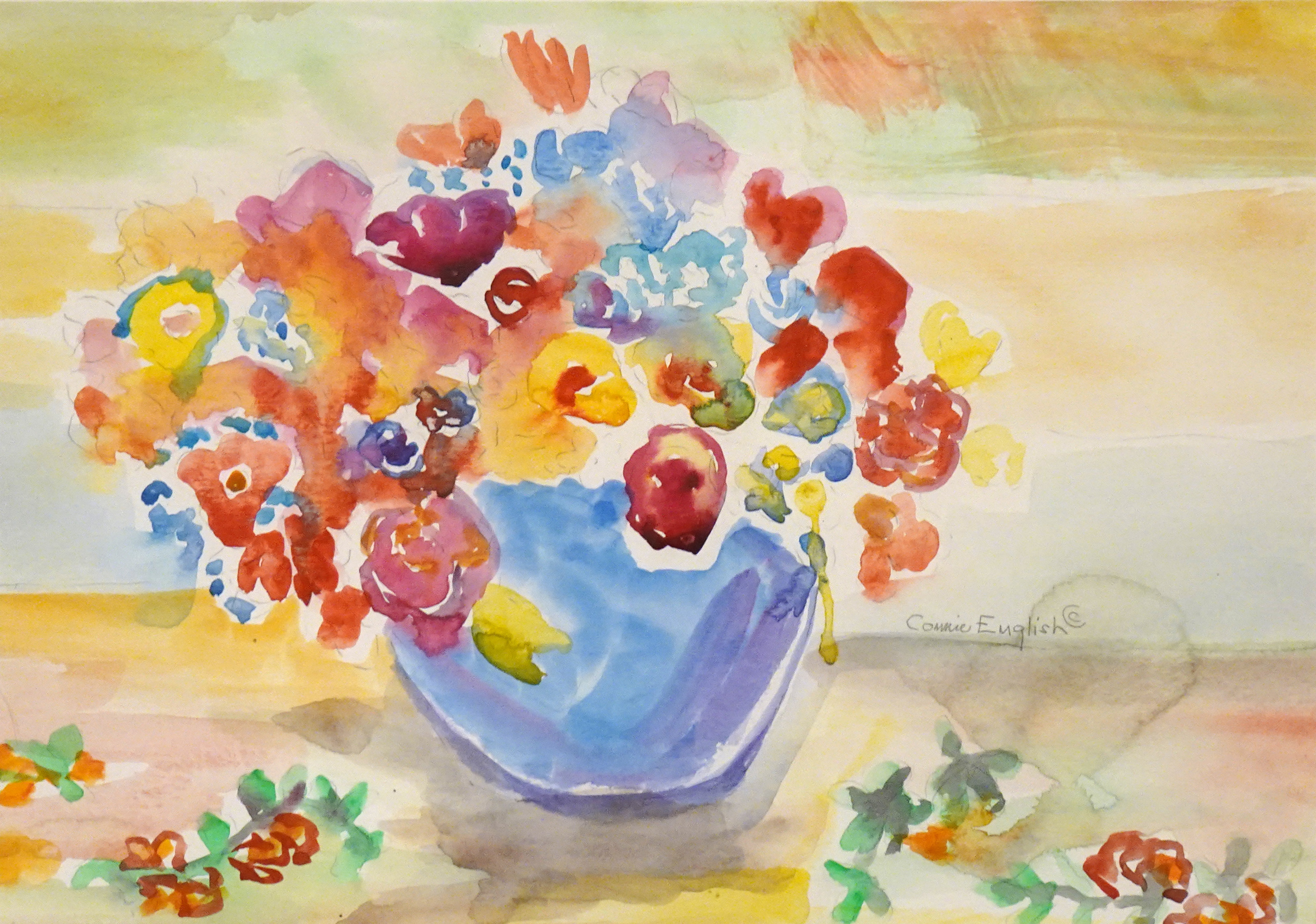 Four large paintings by Topeka fine artist Connie English have recently been selected to hang in the Blumenschein Museum in Taos, New Mexico. The four watercolors join other works by English already on display there.

"It was a big day for me," Connie said. "Ernest Blumenschein is an icon; one of the founding members of the Taos Society of Artists. The Blumenschein is designated a Taos historical museum. Taos is my old hometown."

Since graduating with her BFA with honors from Kansas State University, Connie's work has appeared frequently in New York city, most notably at the John McEnroe Gallery, the World Trade Center, and the AT&T Building. For each of the last 36 years, her work has appeared in print in every state in the union. Green Frog Art, through the Artist Magazine, distributed lithographs of four of her works during the 1990s.

In addition to representation at multiple well-known galleries in Taos, English's work appears across America, regionally and locally. She recently sold a picture in the international show at the Seaside Art Gallery in Nags Head, North Carolina, where her work is shown. Until t no longer remained open to living artists, Connie's work was on prominent display at the Wichita Art Museum gift shop. She has shown at Southwind Art Gallery as well as various locations in Topeka, Kansas. Her work has also sold as part of the Mulvane Art Museum auction. 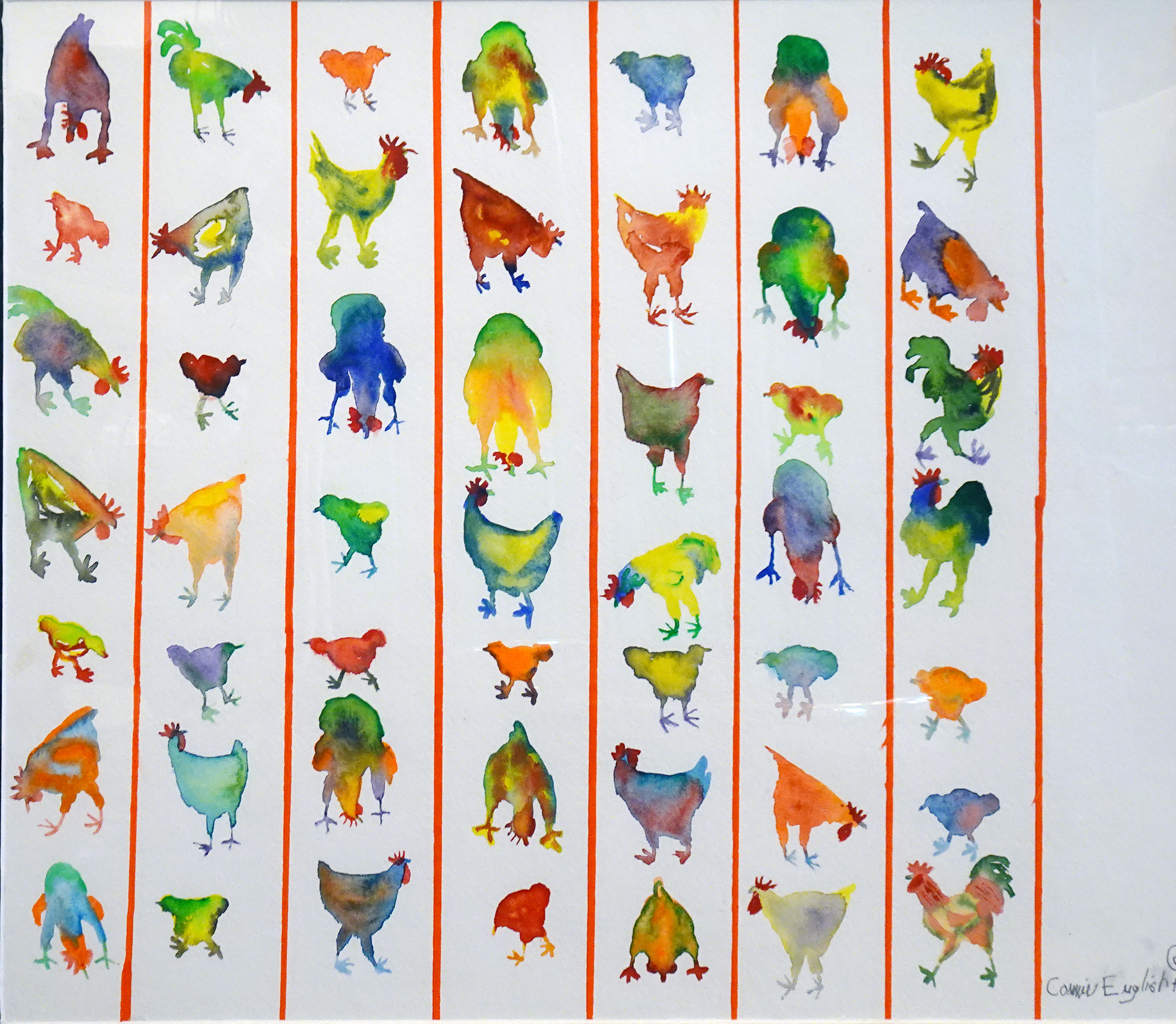 Connie's iconic chicken paintings were among the work selected for display in the museum. Connie embraces watercolor and a gestural painting style. She relies on movement and spontaneity to capture a subject, often in matrix-like pattern multiple times across the page. Using abstraction, Connie's work emphasizes shape and color over true realism. This makes her work lively and energetic, free from truly representational work.

We are most likely to accept offers less than 10%.

You will receive an email confirmation